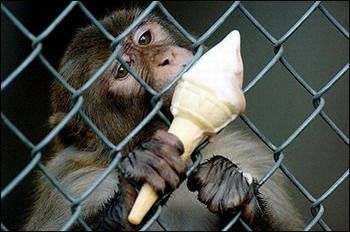 Once upon a time a neuroscience student went into the lab at lunch time eating an ice cream in front of a wired up monkey. The monkey had some sort of sensor helmet thing on, which picked up where the brain was being activated. As this student licked away at his ice cream in front of the monkey (which is a little unfair I must admit, poor jealous monkey), anyway they started notice something happening with the monkeys brain. The parts of the brain that would light up for reaching, licking tasting all fired as the student did it. What they realised was the monkey was actually eating the ice cream in a sensory fashion, his brain was mimicking the actions, firing muscles in his arm, jaw as if he were reaching, opening his mouth, then firing neurons that would be activated when tasting.
This confirmed well the use of visualisations, because what we watch we feel, it may be worthwhile thinking about what you watch and pay attention to, the news, dramas etc
Not only this, but they found that the brain was preparing to fire for the next thing, so when the jaw movement was activated, before we taste the ice cream, or watch someone taste the ice cream we start to salivate, because we assume a connection.
So, why would i be harping on about this?
Monkey see, Monkey do!

What we allow to enter our brains stays, and it hard wires patterns. We have something called a mylene sheath, which coats the neurons in our brain, the neurons, if you imagine for a minute little roads, all connecting to roundabouts and new roads, only we have something called synaptic energy, which allows us to jump from one roundabout to another, instead of having to drive, but we have to use the roads to get information from one place to another, then the energy zaps from one road to another. It is all very interesting if you are a nerd wannabe like me, the point here is that the roads we use the most, become bigger, the mylene sheath surrounding it becomes thicker and little roads become huge motorways.
This is why practice makes perfect, because in the beginning the road is small, and the zapping takes effort. As we continue to practice the road gets thicker, gets safer, becomes a road that we use as a shortcut, it has become our motorway.
i described it to a child I saw lately as just like a muscle, the more you use it the stronger it becomes. 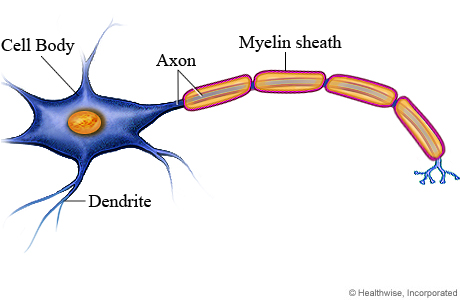 So, not only when we watch someone eat an ice cream, do we salivate and fire our muscles, but we also predict chewing the cone.
This thickens our mylene sheaths, to be clear here, it is how we learn to behave, and when we watch the sorrow of others in a movie, we cry with them, we sob with them. When we watch a drama and everyone is high fiving and excited, we feel excited too.
When we are thirsty and watch someone drink water our mouth fills with saliva, and we swallow in tune with them. When people yawn around us, we find it hard not to yawn, or when they cough and clear their throat we all jump on the band wagon, some of us so susceptible to suggestion and visualising imagery from the spoken word, you may well have salivated, yawned or coughed, whilst reading this.
Why do visualisations work so well at altering our skill sets?

Because you are practising!

The reason I interjected this subject with talk of television and movies is because we are practising negativity on mass every night at 7.30pm
I am not saying throw your telly out of the window, although I have mine. However, awareness of these things gives you the choice how far to allow yourself full engagement on a neurological level.
So, if you want your life to pick up, then pick up your thoughts, because thoughts have images and before you know it, you are running a movie in your head, and I bet you it is one that thickens the mylene sheath road to shiityville.
Lets start thickening the roads to bad ass, beautiful and abundant.
Your imagination is your key to freedom, or your locked cage to misery.
Watch, read, pay attention to and practice joy, not misery!

2 thoughts on “Visualisations are Practice Rounds. Monkey See, Monkey Do.”