I often mention of my past ill mental health, but I never quite go into the nitty gritty of just how changed my mind set is.

I used to have this ‘thing’, I suppose like an OCD, where I would have this hypersensitivity. Every time I brushed my arm, or hand or leg against something (which happens a lot), I would feel like my skin was uneven and I would have to do this thing with my hands so I could readjust the skin, so I would use the palm of my hand t flatten it out at one side, then the other side, then up, then down, then I would press my palm 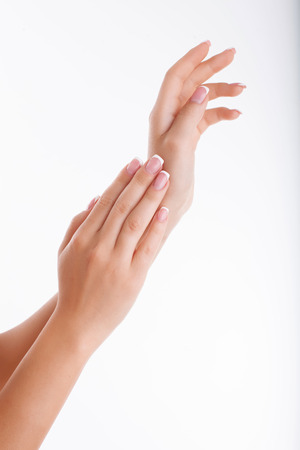 down upon it, as if to seal it.

I must have done this a hundred or more times a day, constantly feeling ‘uneven’ and having to re-even my skin. It is very difficult to explain, but I often felt like I had no skin, like I was just a leaking jelly.

Did I gross you out, huge apologies!

The thing is, my mind was totally obsessed with this one feeling, and how horrible it was, and if I wanted to zone into that feeling, like now because I am describing it in such detail, then I can feel, that feeling. But I am certainly not doing an routine/ritual to amend it lol

I became an NLP (Neuro Linguistic Practitioner) about two years ago now, and at the time of learning it, I never realised that it is just what I would have called, sensory modification.

When i was ‘curing’ myself from my ill mental health, I used NLP often alongside bineural beats and brainwave states, I would listen nightly to give myself new perceptions, it is a re-programming tool for neurological information. Again what I would call, sensory modification.

It allowed me the ability to focus on more senses, to look for other things, focus on new sensations, more enjoyable ones. I cannot remember when I stopped palming my skin out, it just I suppose got less and less until it disappeared.

I understand feeling compelled, feeling uncomfortable in your own skin, quite literally. I understand not coping.

I reclaimed my own mind, by learning about it.

Having this understanding of how our focus works, how our brain does what we ask of it. If I tell my brain, over and over again to react and focus on this uncomfortable skin feeling, it will. Then it will grow and become my over focus, and I pay so much attention to it, then the habit, the thought, the action of brushing up against things all became tied in together, my environment constantly triggering my thoughts, my thoughts triggering my actions, one massive circle leading me to be stuck feeling awful.

Yes, the answer is simple, but the effort maybe not. You have to put as much energy into thought guidance and thought healing, as you first put into the opposite of this.

Using subconscious mind triggers are an amazing tool, one which I use with clients all of the time, Affirmations, Affirmation Mind Movies, Symbols, Posters, Songs, Words, Visualisations, Written Scripts, Objects and so on…

I believe I gave my Central Nervous System new information to work from, which was guided by thoughts, sound, and relaxed states. This all created the environment for sensory modification to happen. I created new pathways in my neurological system, from my brain down my spine, and this gave my nerves the ability to feel new things, and not focus on only one sensation which my thought pattern was always alerting me to, I became alerted to something better.

Like I say, we have an abundance of information (data) around us, that we take in, we can narrow down that information and over focus on some, and completely let other information go, dependant on what we are thinking about paying attention to.

I am not saying you can think away a broken leg, but you can sure as hell think away they pain that comes with it, and visualise yourself into a faster healing period, many studies can verify this.

When you know your capabilities, you cannot live with your perceived inabilities.

Believe me, when I say YOU CAN feel ‘totally comfortable’ in your own skin.

I REALLY MEAN IT!!